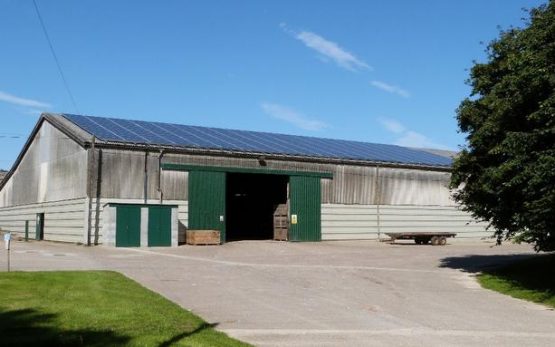 Newbald Lodge is a modern arable farming enterprise growing produce for the UK and overseas. Boston Renewables were contacted by Newbald Lodge in early 2012 with an interest in reducing their carbon footprint and generating green power for use within their farming business.

Solution
Boston Renewables installed a Solar PV system that generates over 40,000kWh of electricity per year. This was followed by the installation an Endurance E-3120 wind turbine which produces approximately 200,000kWh annually, thanks to one of the best wind speed sites in East Yorkshire.
The combination of solar and wind technologies, together generating over 240,000kWh of electricity, are ideally suited to reduce the consumption of grid supplied electricity at Newbald Lodge.

This is a brief commendation of the service we have received from Boston Renewables over the past few years. They have installed solar panels on the roof of a large shed and also a E-3120 wind turbine. Performance of both of these has been in line with budgets provided by Mr John Hudson and to date no technical problems. Installation was as planned and very efficient and on time. Our electricity bill has been duly reduced. I can commend the services of Boston Renewables to any prospective customer.